"Section Altyn-Emel Places hidden from the eyes of a tourist."
In the continuation of the rubric, we offer the Ungirkora Cave for display.
There are several small caves in the National Park, however, Ungirkora is the largest of them, located in the Sukhoe Gorge. The entrance to the cave reaches 20 meters in height, in front of the entrance is a large platform. The cave itself is up to 5 meters in diameter, the semicircular vault, apparently processed by human hands. There is a scientific report about the bones of ancient animals found in the cave. For several decades, a colony of bats lived in the cave, which is why the floor in the cave is covered with a thick layer of litter. The cave was interested in a group of foreign scientists searching for sites of primitive man in Kazakhstan. 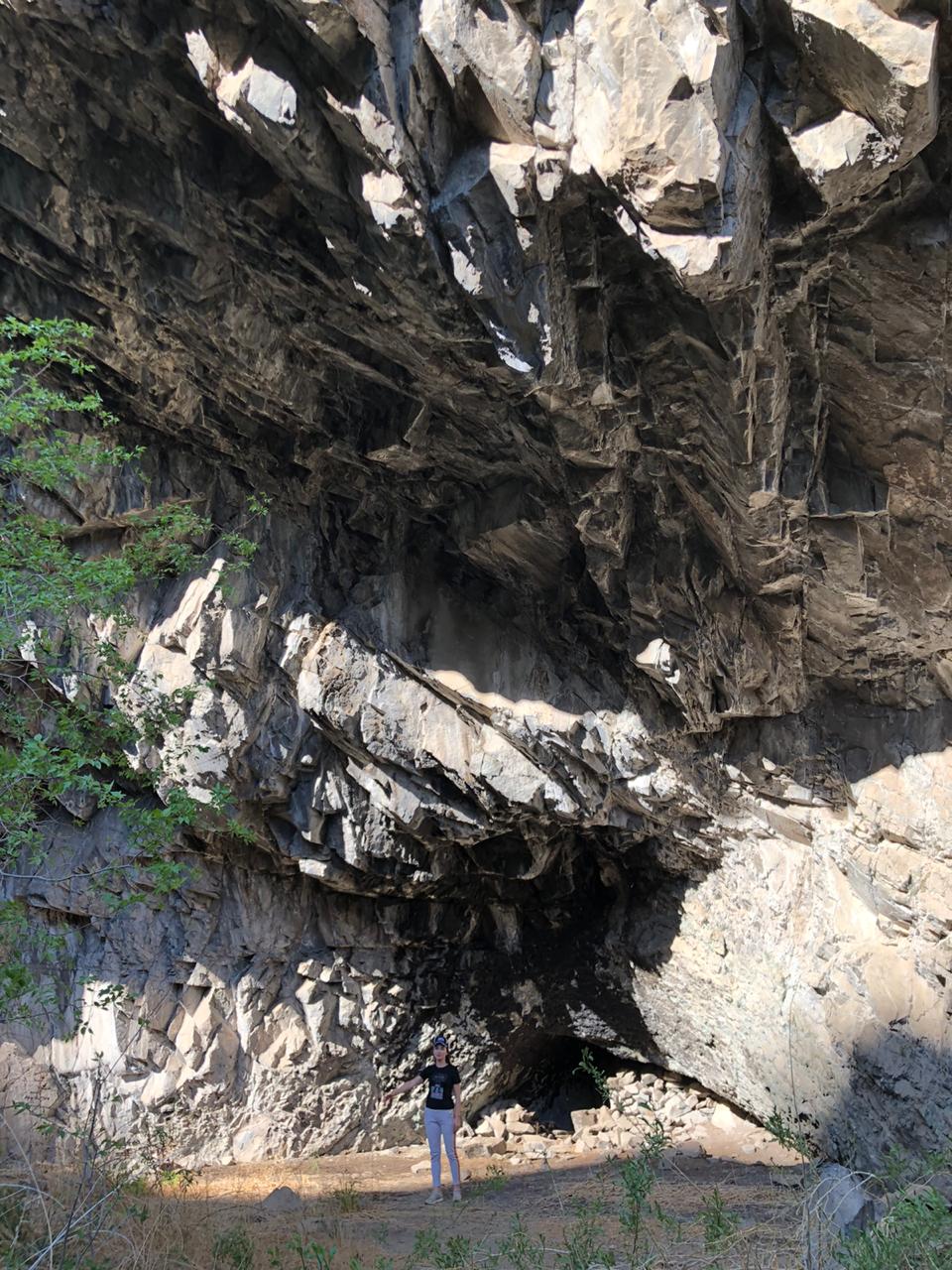